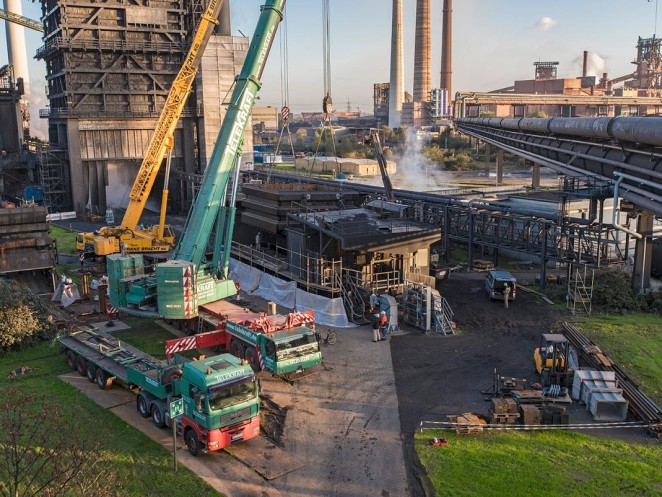 The bucket was assembled from prefabricated individual parts on-site 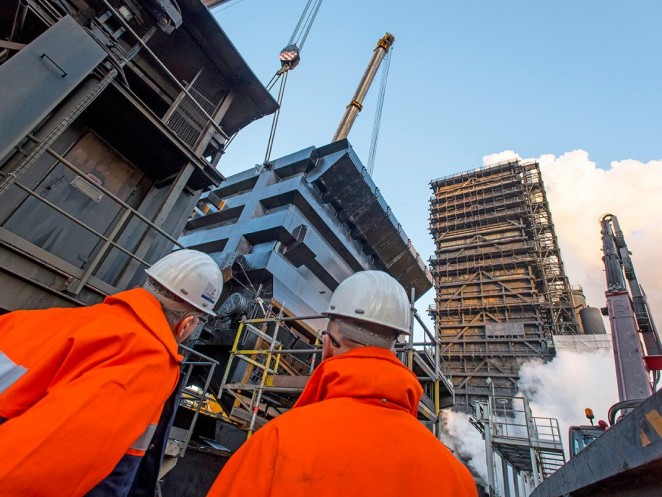 An additional bucket was ordered to ensure smooth coke production 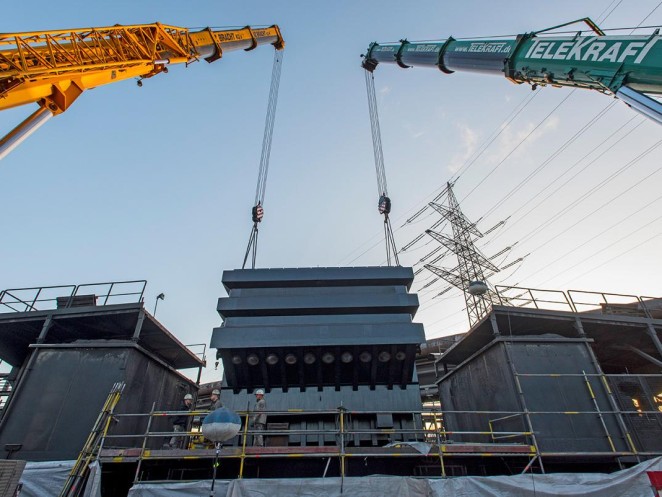 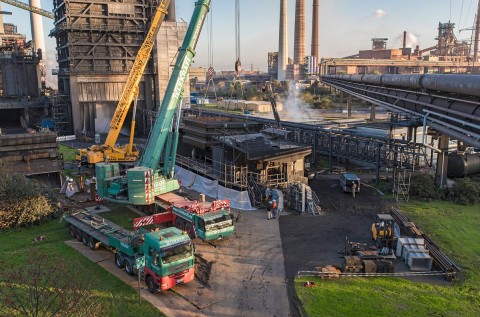 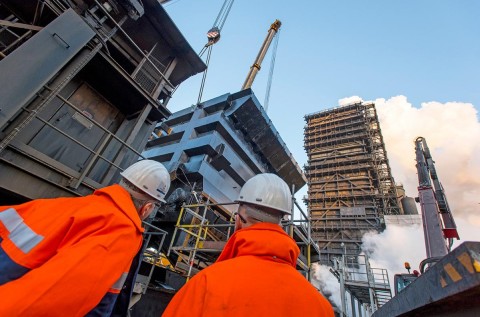 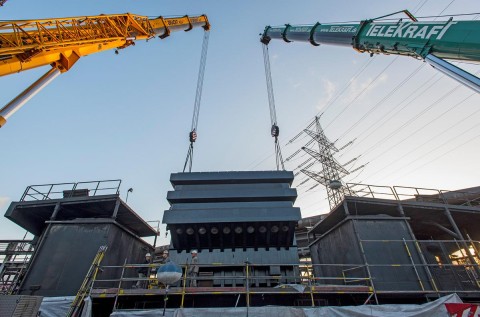 Engineers from thyssenkrupp MillServices & Systems have built a new bucket for the coke plant in Schwelgern.

An important step in the production of coke is the process of extinguishing the glowing coke. As soon as the glowing coke comes into contact with oxygen, it begins to burn at the prevailing temperatures.

To prevent this, it needs be cooled (quenched) very quickly. For this purpose, the coke is transported in buckets under the quench towers. To quench the coke, some 100 m3 of water are required, about one quarter of which evaporates.

An additional bucket was ordered to ensure that coke production runs smoothly. The engineers from the Plant Services operating unit of thyssenkrupp MillServices & Systems have therefore built a new bucket for the coke plant in Schwelgern. The vessel, which was manufactured exactly according to schedule by the Oberhausen-based experts for steel mill-related services, weighs a remarkable 65 tonnes. From delivery to the production and assembly of the new colossus, the team led by Technical Coordinator Michael Lambrink handled the entire project from one single source.

"Despite the tight schedule, everything went very well. In fact, the staff at KBS Betriebsführungsgesellschaft Schwelgern GmbH, a subsidiary of thyssenkrupp Steel Europe AG, were so satisfied with the overall result that we were awarded the contract to build a second coke bucket to replace an old one."

Before the new bucket could begin its first journey, however, a lot of preparatory work needed to be done. The bucket was assembled on site from prefabricated parts. After completion, the vessel was replaced during a downtime of around two-and-a-half weeks. We would like to emphasize that this time-critical work, which was carried out day and night, was completed accident-free.

Send email
up to top
thyssenkrupp © 2017