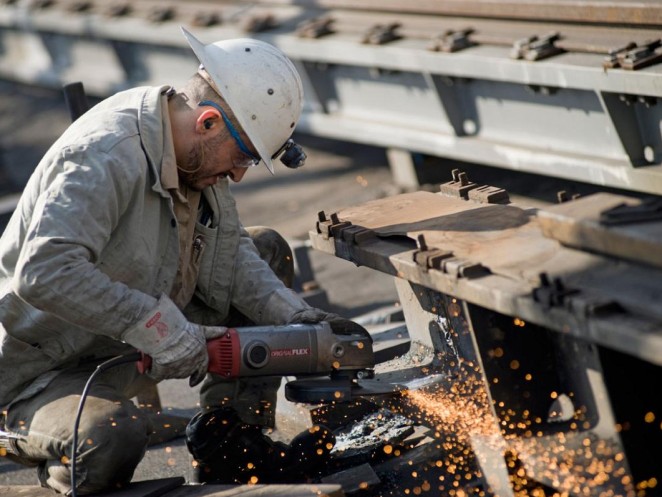 Before being transported away, the old rails had to be cut into individual parts. 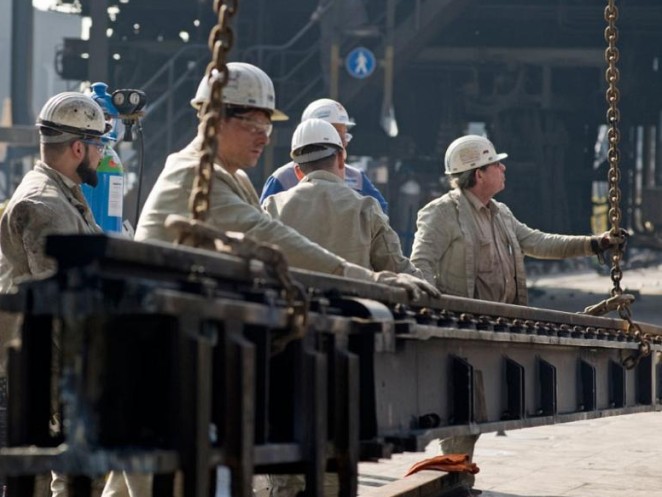 Five mobile cranes were needed for the replacement. 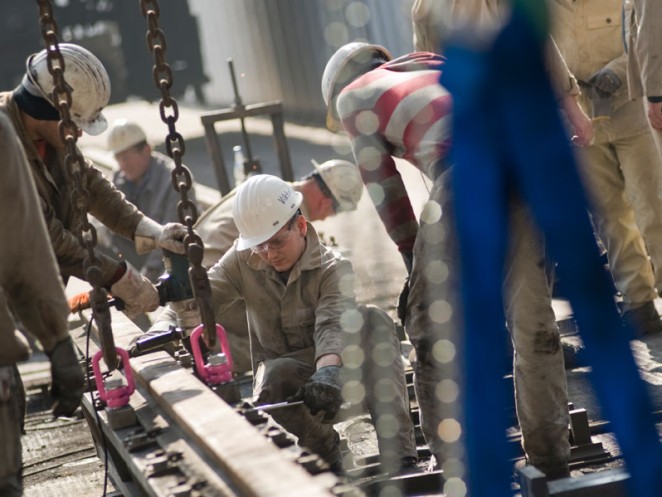 A total of 50 employees were involved. 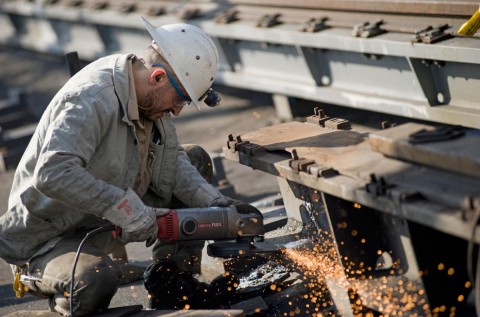 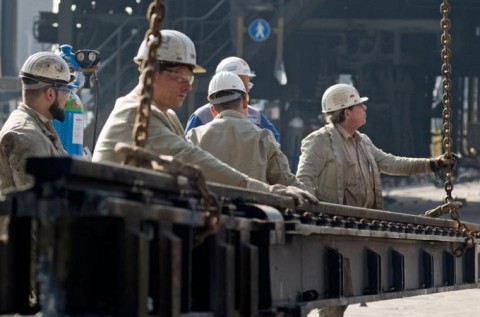 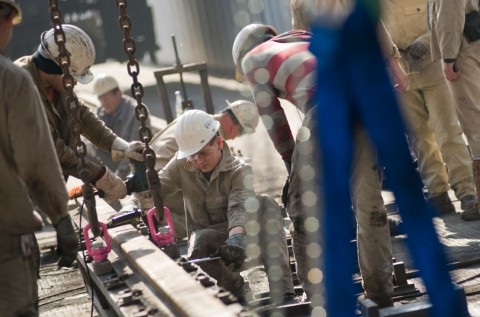 Perfect teamwork made it possible to replace the track of the coke oven battery at Hüttenwerke Krupp-Mannesmann (HKM) in Duisburg-Hüttenheim in record time.

Coke is made around the clock at the plant, where the production volume amounts to over one million tonnes per year.

Filling the 70 ovens is a crucial step in producing the coke and two filling machines are at work day and night for this purpose. They travel back and forth along the top of the battery on two fixed rails and tip the coal into the chambers through the top of the furnace. To make sure the ovens continue to be filled smoothly in future, the 140-meter-long rails were successfully replaced in March. The installation took just under twelve hours, involving 50 employees from the Plant Technology unit together with site manager Michael Lindtner from thyssenkrupp MillServices & Systems.

“The biggest challenge was to install the two new rails within the approximately ten-hour operating break, but we got the job done according to schedule.”

However, before the new rails could be installed, the old ones had to be cut into individual sections and prepared for removal.

“That was an important part of the preparation before we could install the new rails. All in all, the replacement was carried out flawlessly. The whole team did an excellent job, especially as temperatures on top of the oven are above 50°C. I would therefore like to thank the entire team and the Project Manager at Hüttenwerke Krupp-Mannesmann, Thomas Trepmann, and Ralf Keller, Branch Manager Duisburg as well as the mobile crane operators at the company Wasel.”

Send email
up to top
thyssenkrupp © 2017